The City Where Movies Are Made

This is your introduction to film culture in Toronto from a variety of angles, including:

Through a combination of lectures, screenings, field trips, and special guest speakers, you’ll be moved to consider both the vitality of Toronto’s film scene as well as its connections to other aspects of the city. 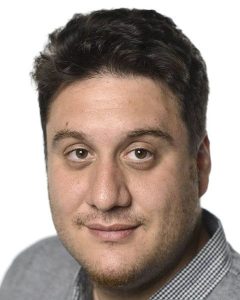 Adam is a film critic in Toronto and a contributing editor to Cinema Scope. He has written on film for the Village Voice, L.A. Weekly, Film Comment, Cineaste, Montage, POV, Reverse Shot, The Walrus, Saturday Night, Little White Lies, and The Dissolve. He teaches film studies at the University of Toronto and Ryerson University and writes The Vice Guide to Film for Viceland. Adam has also authored the following on cinema: It Doesn’t Suck. Showgirls (2014), Ben Wheatley: Confusion and Carnage (2017), The Coen Brothers: This Book Really Ties the Films Together (2018), Paul Thomas Anderson: Masterworks (2020).

Register for FYF Innis One: The Creative City

You can enrol in courses on a first-come, first-served basis during regular course registration.

Enrol in FYF Innis One

Need more info about FYF Innis One: The Creative City? Not sure which courses are right for you? We can help!